An ITIL Certification Can Help You Secure a Managerial Job 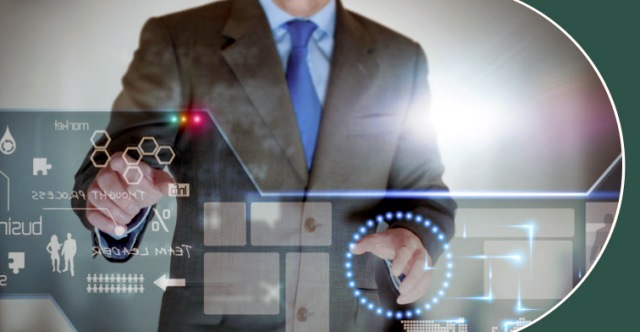 The past couple of decades have been noted for the huge improvements that have occurred in the computer world and the associated improvements in the information technology (IT) sector.

The arrival of computers changed the world like never before. Life was a lot less interesting before the introduction of these amazingly powerful devices into our lives. Right now, many people have multiple computers in their homes. It is not at all unusual for there to be a desktop computer, a laptop, tablets and smart phones for each member of the home.

This is not a story that is exclusive to the rich and affluent people in the western world alone. Computers have drastically changed the lives of people from as far as China on the one end to Brazil on the other end of the worldwide spectrum. Currently, people from India, the Philippines and Venezuela are responsible for handling the call center operations in US and Europe.

In a similar manner, business activities that were once an integral part of the western world have expanded their locations to many other countries in far off continents. A large swathe of the world’s population has been able to benefit from this process and improve their lifestyles significantly. This is what Thomas Friedman (famous Op Ed columnist of the New York Times) famously referred to as “the flattening of the world”.

At this moment, it is impossible for any person to find a business that is running without computers on its premises. In fact, many businesses have more computers than the number of people working at these facilities. In such an environment, it is extremely important for every business person to have the necessary knowledge of computers and the various computing methods used to achieve routine business goals.

How can a business owner gain the necessary knowledge needed to stay on top of their business operations? He or she can start by hiring the right employees and assigning the tasks to them. When doing this, an owner should make sure that the hired employees have the right qualifications and experience to undertake the job efficiently.

Another important aspect that needs to be looked at is the character of these people. If  unethical employees are hired, they can ruin a business by playing foul with the computer systems or by stealing valuable software or information. Hence, the hiring of new employees to work in the office must be done with a lot of care.

Hiring people with ITIL Certification to manage your IT operations would reduce the headaches associated with managing the operations. People with such a certification would have the necessary knowledge to follow the best practices of the industry. Thus, a business would not face a compatibility problem with the software or hardware items that are developed or used at its facility. This would help to save a large amount of money and invaluable time over a period of many years.

As the hard working owner of a business, you can gain ITIL Certification yourself and stay on top of what is going on in the IT department of your business and with your IT employees. Some employees are likely to behave in a lazy or careless manner. And some, if given a chance, are likely to play foul with your computers and cause you financial damage.

In many cases, you can be oblivious to the damage for many years until someone finds the problem out. You can avoid such problems by getting yourself trained and gaining ITIL Certification. The time and effort spend for gaining this certification would help you to steer your business ahead in the right direction without any hiccups.

How did ITIL come in to existence in the first place? Initially, businesses as well as individuals were thinking on their own and finding solutions to the problems that they faced on a regular basis. Thus, three different people could find three different solutions for the same problem. This was a very common situation in the IT sector. As a solution to a problem can be achieved in myriad ways, each company and each individual was using their own logic and coming up with their own solutions.

The problem with this route was the inability of other people to understand the logic behind these operations. Later, when an employee is faced with the task of fixing code created by someone else, he or she would find it impossible to understand the logic behind the original person’s code. In some cases, hardware components of one firm were found to be non-compatible with the products of other firms. Such problems caused a lot of havoc for the firms and their operations.

This situation was faced by government agencies and private firms alike. Once the authorities came to know about the situation, they created standard protocols to be followed in similar cases of software and hardware development. Thus ITIL was formed as a set of instructions. Later, these instructions were codified and published as a set of books. As of now, they are updated and published on a regular basis. People with certification in ITIL are able to avoid many of these problems to a great extent.

There are some online resources that can provide you information on the problems that you can face in running an IT-based business enterprise. You can even get certified in certain courses that will help you to stay clear of the pitfalls that are likely to face you in your path. Some of these courses are conducted by traditional colleges run from brick-and-mortar buildings. Others are available over the internet.

Once you decide to get the necessary certification, you can decide which type of courses you should opt for. All you need for accomplishing this is the necessary education. It does not matter whether you get it offline or online. 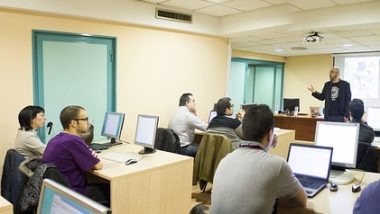 The ITIL Buzz: A New Course by Pink Elephant

The Role of ITIL in Improving Computer Security

The ITIL Buzz: A New Course by Pink Elephant

An ITIL Certification Can Help You Secure a Managerial Job 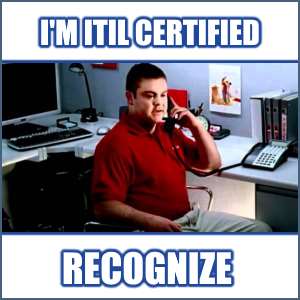